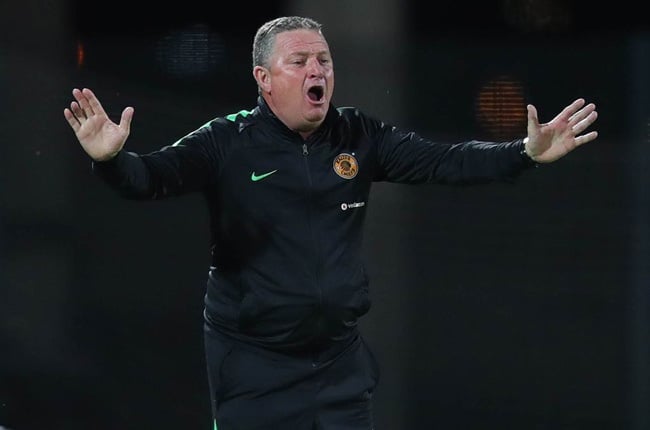 Kaizer Chiefs coach Gavin Hunt was not looking for excuses after a 2-0 home defeat to Maritzburg United in the DStv Premiership on Saturday.

“Disappointed with the result. I think they had two chances and they scored. But that’s football. That’s what’s happening with us. I thought we had a lot of the play but obviously a little bit of lack of energy in the areas,” Hunt told SuperSport TV.

“And obviously only having two central midfielders available so we couldn’t change much. But it is what it is.

Due to Covid-19 disruptions, the Amakhosi mentor was forced to field the young duo of Darrel Matsheke and Njabulo Blom in midfield.

“They gave a big effort on Tuesday. We couldn’t change it because we didn’t have anything else. But we can’t make excuses. Everyone’s in the same boat with Covid. We’ve got to be tougher, bigger, stronger. I thought for both goals we were a little bit weak. Is it really a 2-0 game? But it’s 2-0. That’s what it is.

“We’ve got a lot of games. We’re getting more and more depleted so we’ve got to be very careful.”

Pressure is mounting on Chiefs mentor Hunt, with his side now sitting a lowly 14th in the standings with only one win from nine games.

Meanwhile Hunt’s counterpart Ernst Middendorp, who was sacked as Chiefs coach just before the new season, saw his Maritzburg United side move off the bottom of the log to 12th spot.