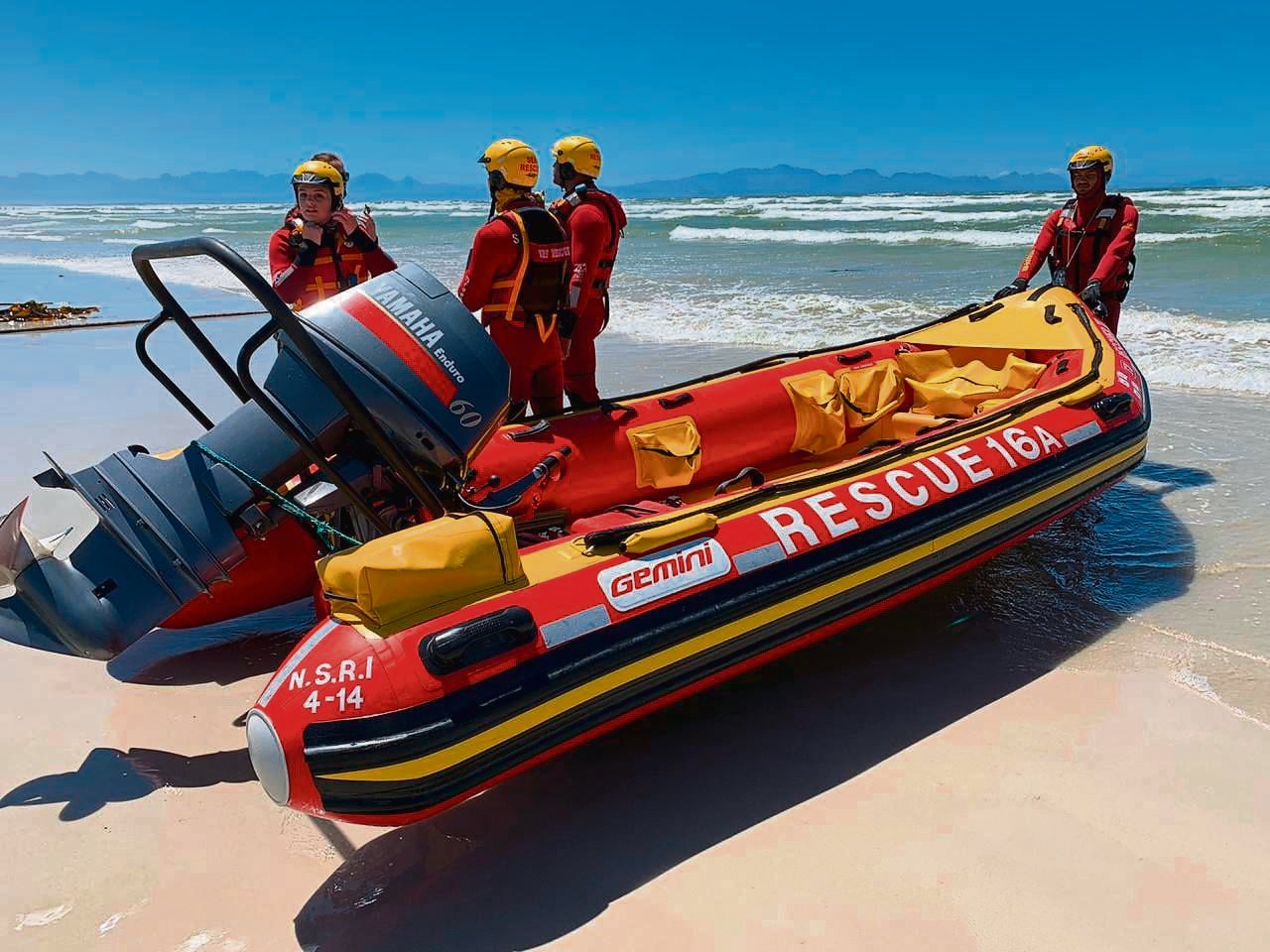 The NSRI responded to two drowning incidents on Saturday, in Hermanus and Wilderness.

One man died and another is missing following two drowning incidents in the Western Cape.

In Hermanus, the NSRI crew received a report of a drowning in progress near Ficks Pool at around 16:30.

NSRI Hermanus station commander Andre Barnard said witnesses saw a man getting into difficulty after jumping into the sea.

“A local man, who is a Hermanus Neighbourhood Watch member and former NSRI Hermanus volunteer, entered the water to assist the casualty and he was assisted by lifeguards who had responded to assist,” added Barnard.

However, once the man was pulled from the water, onto rocks, he was found to be unresponsive.

He was transported to a NSRI sea rescue craft and brought to Hermanus Harbour, where paramedics declared him dead.

In a separate incident earlier on Saturday, the NSRI responded to reports of a man missing in the Wilderness.

NSRI Wilderness station commander Garth Dominy said the crew was informed of a drowning in progress at the Kaaimans River mouth at around 13:18.

“Eyewitnesses reported one man in difficulty in the surf and a second man, a bystander, had launched into the water to attempt to assist,” he added.

“The bystander was able to get out of the water safely and he was not injured.”

An extensive sea and shoreline search was conducted but there was no sign of the missing man. The victim is believed to be a local, aged in his thirties.