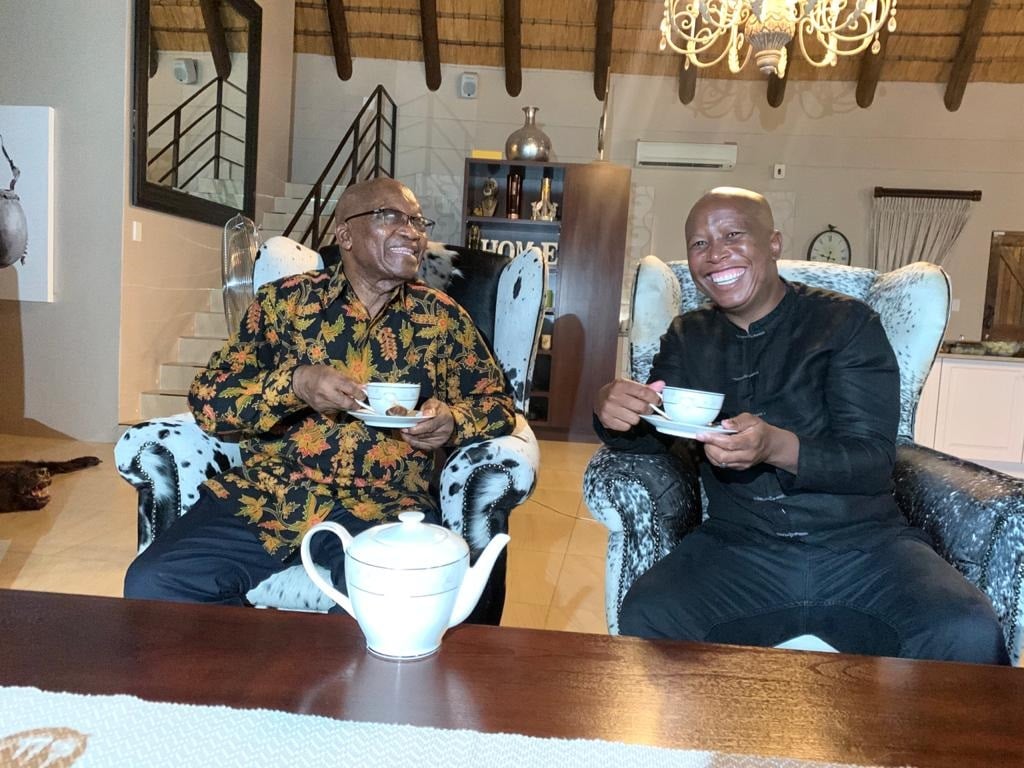 “Voetsek” was his answer to the official opposition on Sunday.

The DA posted a statement on Twitter in the name of parliamentary chief whip Natasha Mazzone regarding Malema’s tea with Zuma.

The party is demanding details on who funded Friday’s much talked about “event”.

Mazzone has written to National Assembly Speaker Thandi Modise asking her to set a process in motion to investigate in full exactly how and who paid for an extravagant trip.

The DA has written to the Speaker of the National Assembly, requesting for a full investigation into exactly how and who paid for an extravagant trip by Mr. Julius Malema and others to the home of ex-President Mr. Jacob Zuma in Nkandla. – @Natasha9Mazzone https://t.co/bqP7jfOYSH

According to Mazzone, there are questions that require urgent attention.

“Were any official travel entitlements used to fund the visit? Were any vehicles of VIP protection service used to transport any of the guests to and from Nkandla? Were any benefits received in terms of travel or hospitality that require a declaration to be made in the register of Members Interests in Parliament. As Members of Parliament, we have an absolute responsibility to ensure that at no time is the South African taxpayers’ money abused or wasted,” she said.

The EFF’s commander-in-chief made a dramatic helicopter entrance for his meeting with the former president at his Nkandla homestead.

READ | ‘Spears down’ as Malema and Mboweni bury the hatchet Zuma sparked outrage when he said in a statement that he would disregard an order by the Constitutional Court to appear before the Zondo commission of inquiry into state capture because he had an issue with how it was constituted.

Zuma indicated that he intended to defy a Constitutional Court order compelling him to answer questions at the commission.