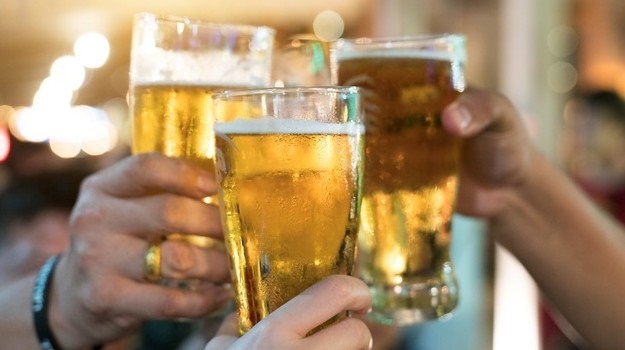 There is concern after East London youngsters were seen celebrating the lifting of the alcohol sales ban.

The Eastern Cape Liquor Board (ECLB) has expressed concern over the behaviour of young people in East London, who took to the streets in celebration after President Cyril Ramaphosa lifted a month-long alcohol ban on Monday night.

The streets erupted into a carnival atmosphere immediately after Ramaphosa announced that taverns, shebeens and restaurants would again be able to sell alcohol for onsite and off-site consumption.

Businesses can sell liquor for off-site consumption from 10:00 to 18:00 Mondays to Thursdays, while on-site sales are available throughout the week from 10:00 to 22:00.

EXPLAINER | Where are SA’s Covid-19 vaccines coming from?

The sale of alcohol was prohibited from 29 December to counter trauma cases in hospitals as a second wave of Covid-19 infections gripped the country.

The large crowd of young people, some of whom could be seen in their nightgowns, seemingly disregarded physical distancing guidelines.

Witnesses who saw and heard the celebration described it as akin to New Year’s Eve revelry.

ECLB spokesperson Mgwebi Msiya said: “This is a very concerning behaviour to us, as the Eastern Cape Liquor Board, to see young people celebrating the availability of alcohol.”

Msiya added: “It also shows the extent to which young people of our country relate to alcohol, which is the reason why most of the Eastern Cape Liquor Board anti-alcohol abuse education interventions are targeting young people, in order to educate them about the dangers of alcohol abuse.”

The liquor licensing authority had a strong message for those who continue to disregard the regulations.

“We also wish to remind everyone that, if they continue to flout the Covid-19 health protocols, that might again lead to the banning of liquor sales,” warned Msiya.

The Eastern Cape’s Black Business Forum (BBF), which counts liquor traders among its members, has also welcomed the lifting of the ban.

BBF chief executive Ace Ncobo said: “Except for the large producers and retailers, the liquor industry is dominated by black operators, most of which are individual entrepreneurs, but who, collectively, employ thousands of workers. The lifting of the ban is a welcome relief for the sector.

“Secondly, even though accommodation establishments and restaurants have been allowed to operate, the longer curfew and ban on the sale of alcohol caused them to operate at an estimated 30% of usual sales, as revenue is driven by a combination of alcohol sales and longer operating hours in the evening.

“Thus, the BBF welcomes the easing of restrictions, but also calls upon its members to operate within the ambits of the law and the prescribed safety regulations.”

While the liquor board has welcomed the unbanning of alcohol, it warned traders to stick to the rules announced by Ramaphosa.

“It is important to realise that the coronavirus is still among us. We must continue to observe and adhere to all the conditions to ensure that liquor establishments do not become super-spreaders of the virus, as this might again compel the government to take the most undesirable action of banning the sale of alcohol.”