The Covid-19 pandemic prompted a rapid response from medical schemes to find ways to assist their members, while still maintaining compliance with the very tight regulatory framework that governs the funding industry.

“From as early as March, members with a confirmed diagnosis of Covid-19 were assured that their tests and treatment for the disease would be funded in full,” says Lerato Mosiah, CEO of the Health Funders Association.

For medical schemes, this meant allocating unbudgeted funds for extensive testing and treatment, including the often-prolonged funding of high cost, lifesaving treatment in hospital.

Assisting members to stay safe and adhere to infection control measures meant the rapid implementation of coverage for additional benefits like virtual consultations with health service providers and funding for extra personal protective equipment (PPE) in hospital as well as isolation facilities.

Together with hospital groups, schemes closely monitored the utilisation of high care and ICU hospital beds with a view to redirecting their members to facilities with available space when necessary.

South Africa’s extended lockdown has resulted in severe financial hardship and a complete or partial loss of income for many medical scheme members.

Mosiah says that many medical schemes have structured innovative ways, within regulatory parameters and within scheme rules, of accommodating members who are struggling to pay contributions due to an interruption in their earnings.

“While some schemes have permitted members to utilise their accumulated savings to pay contributions, others have offered payment concessions to SMMEs,” she says.

She adds that schemes focus on providing a range of plans to meet medical and affordability needs across their membership, and members are always encouraged to consult their financial advisers to find an option best suited to them and to enable them to retain cover.

For medical schemes, budgeting for 2021 will be challenging. The uncertainties around the trajectory of the Covid-19 pandemic and the treatment and prevention requirements mean that schemes will need to make provision for managing the disease and any arising clinical complications.

“Scheme reserves have also been negatively impacted by the struggling economy and difficult investment markets, and schemes must take this uncertainty into account when pricing contributions into the future,” says Mosiah.

“Protecting members, both through providing adequate benefits and through ensuring that contributions remain affordable is going to require that medical schemes navigate carefully through this complex time,” she says.

A legal practice situated in the V & A Waterfront, Cape Town requires the professional services of a commercial/civil litigation attorney.

Must be fluent in English and Afrikaans. Any foreign language will be advantageous.

Cape Union Mart is a World Class Outdoor and Fashion Clothing and Footwear Retailer, trusted for its Family Values and Passion to Improve Lives!

We are looking for a dynamic individual to join our Shipping Team as a Shipping Controller.

As a Shipping Controller, you would be responsible for processing On Time Clearings and Costings, ensuring Supplier Compliance, handling Special Applications to SARS, performing Ad Hoc Audits on costings and liaise with SARS as part of the Automated Economic Operator programme. You may be required to perform other departmental administrative duties and any other ad hoc responsibilities that may arise in line with this role.

Are you a profound, energetic with expert level PTC Windchill experience. A leading German manufacturing environment based in Midrand requires a senior developer with PTC Windhill to join an existing team of energetic developers working on new Energy Services for the businesses future. Projects work includes IoT and self driving cars.

Reference Number for this position is GZ50978 which is a contract position based between Pretoria, Midrand and home offering a contract rate from R700 to R950 per hour negotiable on experience and ability. Contact Garth on az.oc.egrem-e@htrag or call him on 011 463 3633 to discuss this and other opportunities.

Are you ready for a change of scenery? E-Merge IT Recruitment is a specialist niche recruitment agency. We offer our candidates options so that we can successfully place the right developers with the right companies in the right roles.

Check out the E-Merge website www.e-merge.co.za for more great positions.

Do you have a friend who is a developer or technology specialist? We pay cash for successful referrals! 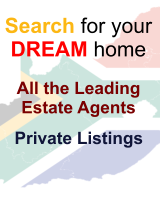 Do you want to join a Top Notch Company as a PORTFOLIO ADMINISTRATOR? Do you have 2+ yearsâ experience managing 250 properties and want to be part of a dynamic, forward thinking Company?
Then look no further.
Non negotiable PAYPROP & RED RABBIT experience.

Should you not hear back from us within 10 working days, please consider your application as unsuccessful.  We will retain your credentials for future similar roles.

To apply for this vacancy please access this job advert on a desktop computer.

Apply for other Jobs on Job Mail.

Our client, one of Africa’s largest providers of technology, media, telecommunication and financial services, is currently seeking the services of a Head: People.

Our client believes that every interaction is an opportunity to make the world around us better.  As the leader of the People team, the Head: People, originates and implements the People strategies and objectives that drives the group’s employee-oriented, high-performance culture – one that emphasizes innovation through technology and data-driven decision-making.

The Head: People, drives the implementation of strategically-aligned services and projects through a team of HR Specialists; reports to the CFO, serves on the Senior Management team; and acts as a Trusted Advisor for the company’s Managers on a broad range of People issues.

Join our client and create a lasting contribution to an organisation that values its People.

Please note, if you have not had a response from us within 30 days after the closing date, kindly accept that your application has been unsuccessful.

A manufacturing concern is seeking a Pilot Hall Engineer (Vehicle Electronics â Shift Support) responsible for 1st level support of production (shift specific) with regards to vehicle electrics/electronics and the commissioning of equipment/devices. Typical of the way the Covid-19 pandemic has played on people’s minds, South African rugby’s long-awaited return with the Superfan Saturday event at Loftus this weekend is suddenly tinged with some doubt.

Are the players physically ready for collisions and tackles again after over four weeks’ contact training? Will they drop like flies as the strain takes its toll?

It’s not questions that Arno Botha preoccupies himself with though.

“The best way to train contact is playing a game,” the Bulls flanker told a media briefing on Monday.

“You’re never going to be contact-fit until you do it. It’s just one of those things. You can’t simulate real contact against teammates on a training field, the breakdowns aren’t live.

“An actual game is far quicker. For the first two games, your lungs will burn and you’ll feel like you’re tasting blood but after that you’re okay. You get used to it.”

In fact, the 28-year-old ace – one of Jake White’s marquee signings in 2020 after returning from a superb two-year stint with Irish giants Munster – reiterates the point of various conditioning specialists in the game that if every team’s wish on an ideal pre-season were to be respected, it would take months before play starts again.

“Maybe some guys think that they still need two weeks but I really don’t know if that’s going to make a difference,” said Botha, who won two international caps in 2013.

“I’m fine playing this weekend and all my teammates are probably too. Our preparation has really been good. Jake and his staff have managed it perfectly. The plan has been a good one.

“We’ve trained enough to say we’re ready. We wouldn’t have started playing if we weren’t ready.”

The jitteriness over the overall conditioning of South Africa’s players has undoubtedly been heightened by the major injuries suffered by Springboks RG Snyman, Handre Pollard and Lood de Jager, a fact Botha acknowledges.

Yet, in the end, this is what professional players sign up for.

“When you look at what’s happened to guys like Handre, it’s very sad. One takes notice of that,” said Botha.

“But we also know that we play a contact sport. One takes a cue from them. They say on social media that they accept they play a contact sport, their attitudes are perfect. It’s about realising every time you take the field that it’s a blessing to be playing with your body feeling well.” A view of the area of KwaSizabantu.

The KwaZulu-Natal Social Development Department says it will make available officials in its offices to follow up on allegations of abuse in the embattled KwaSizabantu Mission Church.

“We will take up this matter with the relevant unit in our department to try to meet with the victims in order to deal with the situation,” department spokesperson Mhlaba Memela said on Monday.

The church hit headlines on Saturday after News24 published the results of a seven-month investigation into the affairs of the mission, located in the Kranskop area, and allegations of a range of abuses.

The report also alleged senior members accused of rape had been shielded, and that millions of rand had been laundered in the mission’s business operations.

“We appreciate there are people willing to come forward. We hope more will come forward and get assistance from the department.”

He said they wanted to meet with victims to help them deal with their trauma, but also establish criminal cases.

“You have to take them through and help open cases with the police so the [alleged] perpetrators can actually be arrested. After all that has been done, there’s going to be consistent support of the victims to ensure that when the case sits, they are able to narrate the story and able to respond to the courts correctly so that they can secure convictions.”

“Our process is to send social workers and then provide them with psychosocial support so they will be able to cope with every day life. Normally with any form of abuse or rape it takes people a long time to cope with the situation.”

He did not want to speculate on incidents, but said churches had to be safe havens for people.

“It seems there could be a lot of abuse from that church. We are not expecting churches to abuse people. They are the people that are expected to give comfort. They must be trustworthy. It is unfortunate that a church finds itself in this situation.”